Let’s take a closer look at both releases

This is mainly a security release but it also contains several issues and bug fixes (7 security issues fixed / 38 bugs fixed). Needless to say…You should update your Joomla! LTS to this new version. The update process should only take you a couple of minutes and it’s 1 click easy using the Joomla! built-in updater. Some users have problems with the automatic update process but that is related to their hosting provider configuration. In these cases we recommend you to get a proper specialized Joomla Hosting Provider. Here at TechGasp we just update more than 30 websites and it took us literally 5 minutes to do them all… why… because we are the best joomla hosting provider, click the top hosting banner and check it out. 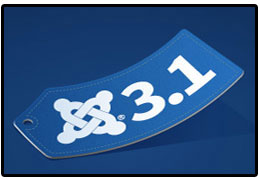 As we said previously, Joomla 3.1 is paving the way for the new long term release. You probably already know but, here it goes… the short term releases should not be used in production websites, they are intended for Joomla developers and joomla enthusiasts. This second minor 3.x release as come out of alpha and beta and is now a stable. If you already have Joomla 3.0 then the upgrade process is 1 easy click. In case of trouble, read above what was said regarding upgrading joomla 2.5.10, get a proper hosting provider. Joomla! 3.1 fixes 7 security issues and 242 bugs.