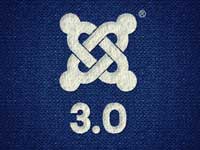 Just a few moments ago we saw the birth of Joomla 3.0 short term release.  But many of you will ask. Will this be a failure? or will we a CMS according to our expectations, new technologies and up-to-date when compared with other CMS’s? Read more below to discover the new features, pros and cons and overall rating.

Out now… for the brave.

Let us start by stating the obvious. This release is intended for development, joomla enthusiasts and troubleshooters. By no means you should deploy short term releases in production websites. Long Term Releases are the correct supported versions for production websites. Currently, the supported long term version is joomla 2.5 and the next LTS is expected by the last quarter of 2013, version 3.5 LTS.

What great things should be expected from joomla versions 3.x?

According to joomla, the best features are: 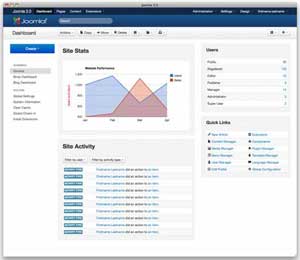 Do I need to Upgrade?

Only if you are a developer or a great joomla fan. For majority of user, let’s say 99% the answer is NO, you should not upgrade your current LTS to an unsupported  Short Term Release. Another caution, if you do, most of your extensions (components, modules and plugins) will most likely be incompatible and will render your website useless.

Is TechGasp going to upgrade their great extensions to 3.0?

Yes, we will start upgrading the most “famous” extensions to 3.0. Most of our extensions should be compatible by the next short term release 3.1. Next year, by the time of the of the new Long Term Release 3.5, all extensions will be ready, compatible and available.

During this process, we will stop the development of the extensions based upon the old 1.5 LTS. Only 2.5 and 3.5 will be supported and developed.

Let’s face it, joomla is still the little boy when compared with other free CMS players, specially WordPress. One of the main reasons, Joomla as a complex administrator with related stuff spread all over the administrator page and sub-menus but, for a minority, the complexity is actually a plus and, we have to say, Joomla as the capability to grow and adapt like a chameleon to any website format or theme.

One of the big disadvantages of Joomla is in the Blog department, in wordpress it’s easy and straight forward, you will have a website up and running in a few minutes. In Joomla… setting up a blog, well it might take longer or… a lot longer. It will be nice to see how Joomla 3.0 stacks up for blogging deployment.

We hope the new Joomla UI as better overall ajax features. Currently, the Joomla 2.5 LTS fells outdated when compared to new fancy ajax websites. But by saying this, we do not want the overall website page load time or times for first bytes increased. When compared to other CMS’s, Joomla values might be considered somewhat higher.

We also hope that the 3.x series will be overall better supported and will less conflicts, we still remember the 1.6 and 1.7 short term fiasco’s that joomla decided to call the 2.x series!

By continuing to browse the site you are agreeing to our use of cookies.