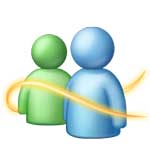 After many years of usage and millions of users in the past, November 2012 announces the demise of windows messenger, aka Microsoft Msn Messenger, Windows Live Messenger, etc. Microsoft officially announced the platform phase out and replacement. What is going to happen? read more below…

Windows messenger RIP, thank for the tons of chatting hours…

Some live messenger services are still running until the first quarter of 2013 but all the web platform that was feeding websites and web extensions like our Messenger Master for Joomla are already dead. What is motivating Microsoft to phase out messenger? Very easy answer, Microsoft bought Skype for $8.5 Billion, launched windows 8 and the microsoft online application store. All users of messenger will be pushed to use skype by the first quarter of 2013. It’s all about money!

Regarding TechGasp Messenger Master for Joomla, we would like to announce that the extension is officially discontinued. And that we are going to provide our users with another tweaked up Skype extension to join the ranks of the already successful:

In the next couple of days, check out our website and take a look at the new Skype extension